We had a fantastic stay at Valley Farm Equestrian Leisure Campsite in Wickham Market, Suffolk. So much so i am reluctant to tell anybody about it as due to a poor weather forcast we were literally in a field of our own ! The campsite is located in a lovely bit of Suffolk countryside near a river and five minutes from Wickham Market itself.
The campsite is an equestrian centre (riding school) so the campsite is surrounded by horse and Pony paddocks and stables as well as Alpacas, Peacocks and even a Rhea (like an ostrich) There are regular kids riding lessons going on which are open to members of the public as well. 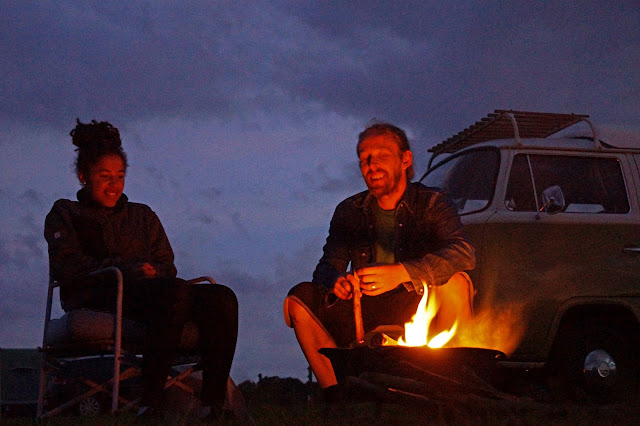 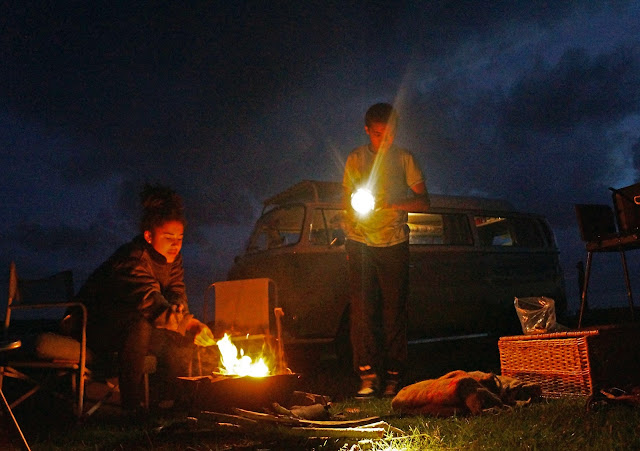 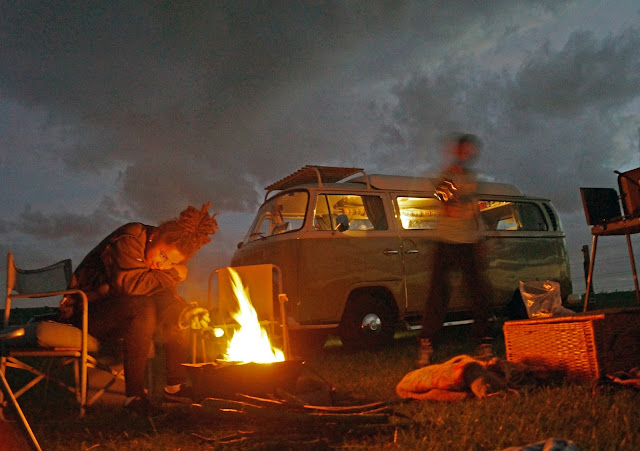 We so enjoyed this site, highlights being feeding the horses, a midnight walk with the kids in the surrounding countryside and sitting around the fire-pit under a majestic star lit Suffolk sky. The owners are lovely and fond of the old VW campers, the owner told me he used to build Beach buggies so new all about the Aircooled scene.
The facilities were really good, in fact the shower was the warmest i have had at a campsite for sometime and the site was spotlessly clean.
The only downside was that on leaving the site Bab's starter motor failed and we had to call the AA ; but at least we got a bit longer on this fantastic site. 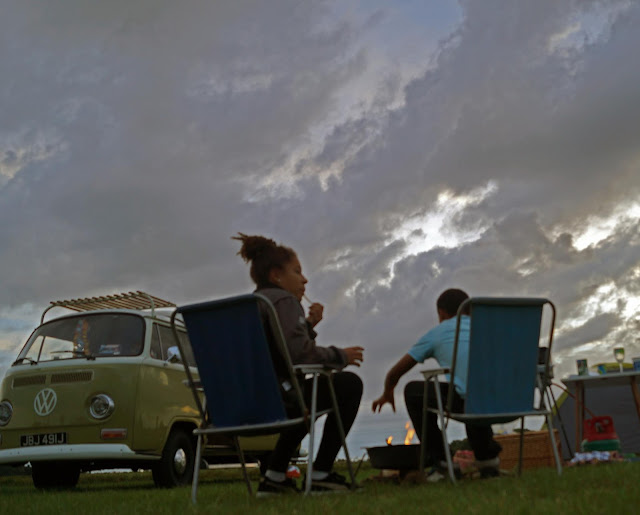 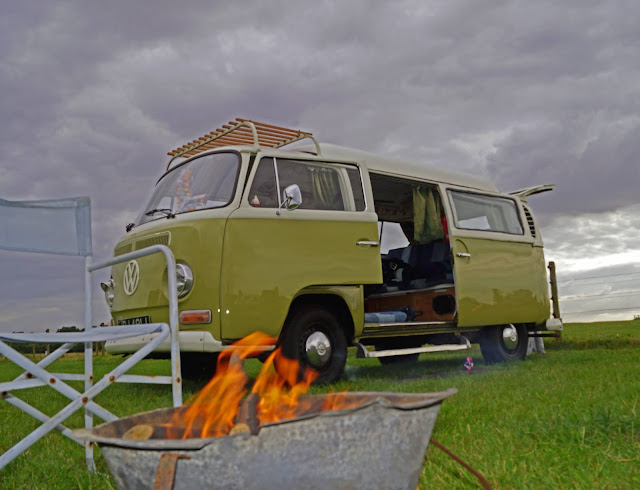 Posted by Blessed Love Studios at 22:02